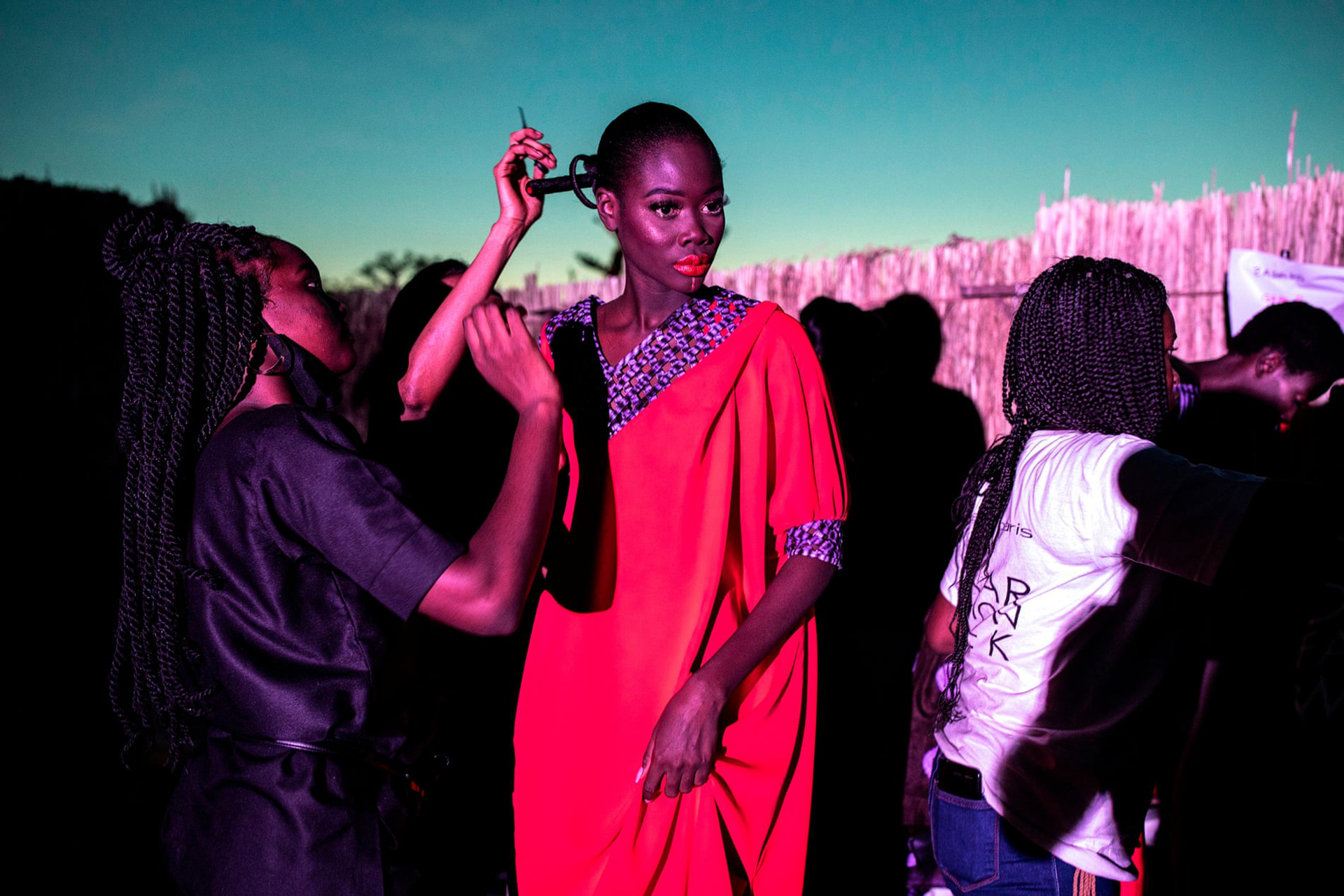 DAKAR, Dec 19 (Reuters) - At the foot of a towering baobab tree outside Senegal's capital Dakar on Saturday, cameras flashed in the waning dusklight as 20-year old Najeebah Samuel strode down the catwalk to zealous applause.

Born with cerebral palsy, Samuel, 20, was the first of two dozen models of all shapes and sizes to take the runway at Dakar's 19th annual Fashion Week event, held at the weekend with the dual themes of inclusiveness and sustainability.

"I want to prove to other disabled kids that you're not your disability - you're just you," Samuel said, wearing an orange and blue dress by Fashion Week founder Adama Ndiaye. "You have to come out and show people who you are."

Featuring designers from across Africa, the Dakar Fashion Week is one of the continent's longest-running fashion exhibitions.

Forced outdoors to abide by COVID-19 restrictions last year, the organisers of this edition chose to return to the baobab forest to remind attendees of the fashion world's responsibility to operate in a sustainable way.

Textile production generates 1.2 billion tonnes of carbon emissions annually, and if current rates continue, the industry could account for more than a quarter of global emissions by 2050, according to a 2015 study from the Ellen MacArthur Foundation.

She sets high minimum quotas for female designers and once banned models using skin depigmentation cream to promote self-acceptance. She chose inclusiveness as one of this year's themes to contrast the often rigid beauty standards of Western fashion.

"I don't want to live with fashion as the European diktat tells us to," Ndiaye said. "I want women who represent so many different things, more than just bodies."